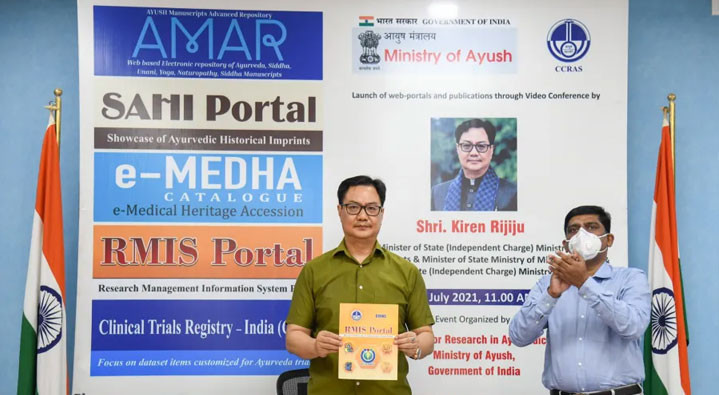 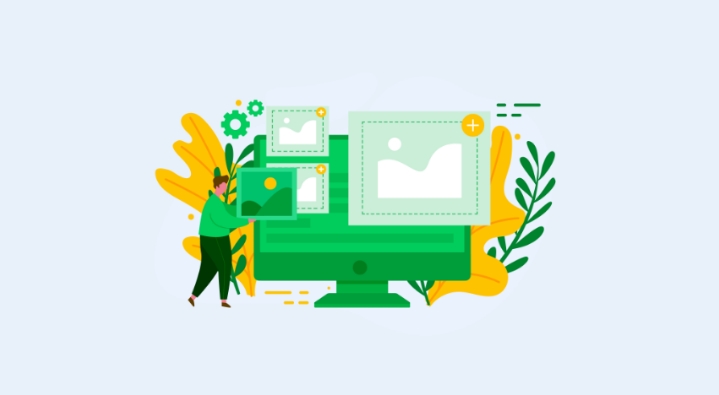 Union Minister of Ayush (IC) Shri Kiran Rijiju launched five portals for the Ayush sector in an online event. The Minister also reminded that Ayush will be playing a crucial role in the National Digital Health Mission to provide health security to Indian people.

At a virtual event, the Minister launched CTRI portal pertinent to Ayurveda Dataset along with AMAR, RMIS, SAHI and e-Medha portals. He also released four publications related to the Traditional Indian Medicine System of India and appreciated the collaborative efforts of ICMR and Archaeological Survey of India for these initiatives.

While appreciating the efforts of Ayush team in designing and developing the portals, the Minister said that Indian Digital Health Mission is going to be the biggest programme in the Indian health sector and every effort is carried to maximize the role of Ayush in it. The Minister termed development of portals as robust, revolutionary and momentous and said that being Indians, we all should take pride in our national customs, heritage and traditions. There is a mindset to look down on traditional Knowledge systems, referring to them as a thing of the past, or of no modern significance and unscientific. “We need to counter this and we need to celebrate our success in rediscovering our past, our national heritage and our traditional medicine system,” He said.

The Minister also mentioned other digital initiatives of Ayush Ministry and said that Prime Minister Shri Narendra Modi took each step to put Ayush in the forefront.

Prior to this, National Research Professor, Ayush, Bhusan Patwardhan termed the portals’ launching as Historic and said some recent findings of Archaeology in Kashmir and Telangana are indicative of surgical interventions in India way back some 4000 years. Padma Shri Vaidya Rajesh Kotecha,Secretary, Ayush said that in the last few years there has been every effort to access everything related to Ayush Grid in digital form.

Brief overview and significance of the portals launched:-

Apart from these five Portals, four publications have also been released by the Ministry of Ayush.